You may have heard about the larger-than-life and slightly shocking brand activation recently put on by UK-based Sky Atlantic, to promote a new TV crime drama called Fortitude. Residents of London were surprised to find a very real-looking polar bear on the loose in the middle of the city. It turns out they had no reason to worry, as it was operated by two talented puppeteers who worked on the theater production of War Horse. PR stunts like this may sustain shock and awe, but does it really work? How many […] 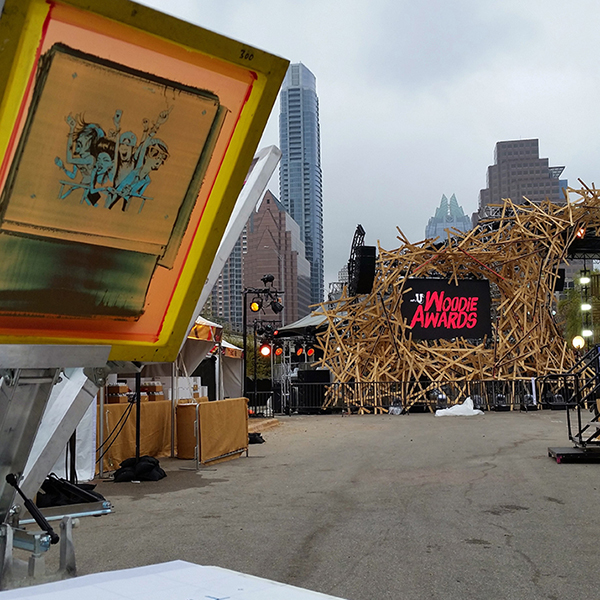 The SXSW Festival packs the city of Austin in March every year, creating a trifecta of music, film and interactive. To celebrate the music that college students love and vote on, mtvU puts on their very own Woodie Awards each year at SXSW. This year’s host was Jack Antonoff and guest performers included Big Sean, James Bay, MisterWives, Action Bronson, and more. Fall Out Boy were also the first inductees into the “Hall of Wood.” We joined up with Pepsi and mtvU at the Woodie’s this year for some live screen printing. Giving away live […]

Music festivals provide a kind of “blueprint” for brands to estimate fairly well what type of demographic will be present. Having a captive audience to get the word out doesn’t hurt the bottom line, either. The next step is coming up with clever branding that is memorable and will get people talking. Communication and interaction are key. Brands simply can’t just give away a t-shirt with their logo strewn across the chest and expect people to wear it anymore. A sense of motivation and creativity needs to be involved. In […] 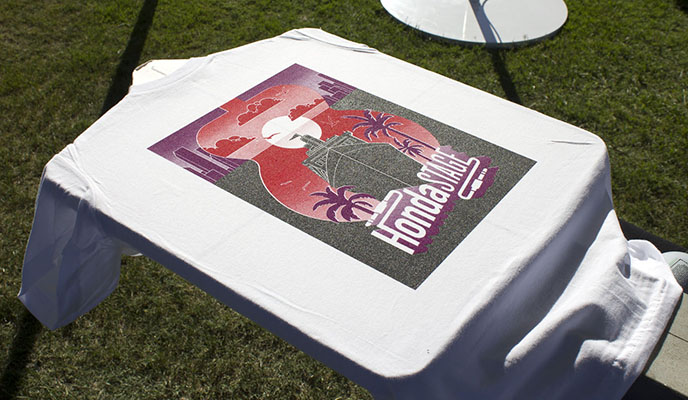 Our friends at Tumblr hit us up to be a part of the Honda Stage concert series.  Demi Lovato was doing a performance for fans at the Queen Mary in Long Beach, so the ink+cotton crew set up shop and took care of her fans before the show. 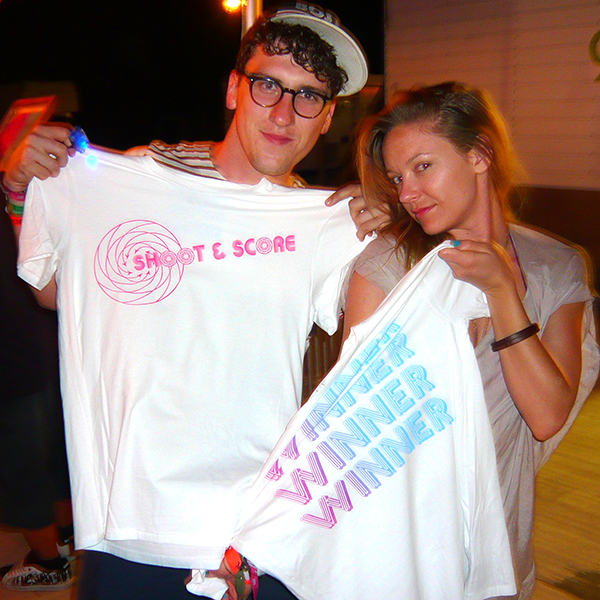 Armani Exchange asked us to live screen print t-shirts at Neon Carnival, the annual late-night outdoor dance party that takes place next to the Coachella Music Festival. With tastemakers in attendance, they knew they needed to offer a memorable and unique experience for their guests. Armani came up with # fitting and on-trend designs to choose from, and guests were able to watch as their shirt was screen printed right in front of them.